I had learned about the importance of dreams in Belsebuub’s courses, so I often looked to them for guidance. Every once in a while I had dreams that helped me in a practical way with my job as a self-employed app designer and developer.

I had an interesting dream when I was trying to design a poster. It was the first design project I had ever tried my hand in, and the designs I was producing were really bad.

Nevertheless, I was trying different things and gradually improving. Then one night, I dreamt of a beautiful font, with curls and accents in all the right places, absolutely lovely, a bit like this one:

Although my next design didn’t make the final cut, it was a vast improvement thanks to the tip from my dream. I now carefully consider fonts when designing, and often start with them first.

My understanding of colors began when I saw a symbol in my dreams that I was shocked to later discover in a real life drawing by Goethe.

Goethe approached his study of color experientially, using his own perceptions to study light and color instead of relying on external physical instruments.

As a result, his work is still the best available on color perception, even if it’s not recognized as widely for its scientific merit. It also carries surprising hidden symbology.

Goethe saw colors as the outcome of the interplay of light (whose closest corollary is yellow, like sunlight) and darkness (most similar to purple, like deep water or dark sky).

Another interesting tip about colors I picked up from a dream happened more recently. I had a semi-lucid dream in which I saw a man in a blue business suit, but it was a particular color of blue… I knew intuitively that the suit was from the 1950s, and that it was a particular shade of blue that was very popular at the time.

I intuitively grasped the immense power culture has on our perception of color and its meaning, as everything associated with 1950s America such as conservative values, blue-collar work, trustworthiness, suburban life, quality products, etc… can be communicated with the use of a particular shade of blue. Looking at the work of successful designers, one can clearly see how they draw upon the influence of past eras to create a message, and now I could relate to this approach on a more personal level thanks to my dream.

I worked in sales support for a while at a rice company in the San Francisco bay area. Sales was something that made me very uncomfortable, and I struggled with anxiety around selling. One night I had a dream that showed me something surprising. A buyer was trying to decide on a gift for a friend. A salesman offered him something very expensive and fancy, covered in diamonds.

Then I suggested something else instead, something that was both very personal and would provide a fun experience for the both of them. The dream showed me how good sales is not trying to make someone pay money for something, but trying to help someone find a solution to their problem, one they wouldn’t come up with on their own.

In another dream, I was in a grocery store buying a commodity. I noticed a few major brands, and then one that mixed all of them together and touted the benefits of each. I had no desire to use the mixed one, and was certain that no one would buy it. This showed me how powerful differentiation can be.

Another night, I dreamt of browsing a warehouse with someone I know, he was looking to sell a set of items. He asked if I thought he should include the whole set, even if someone didn’t need everything in the set, to which I replied “why would you do that?” He answered that if someone were choosing between comparable options, they would choose the one with a more complete set, even if they didn’t need everything in it — I thought it was an interesting tip.

The last piece of business advice, came in the form of a premonition. My wife and I were working on creating a business, and we knew we needed some help and direction. 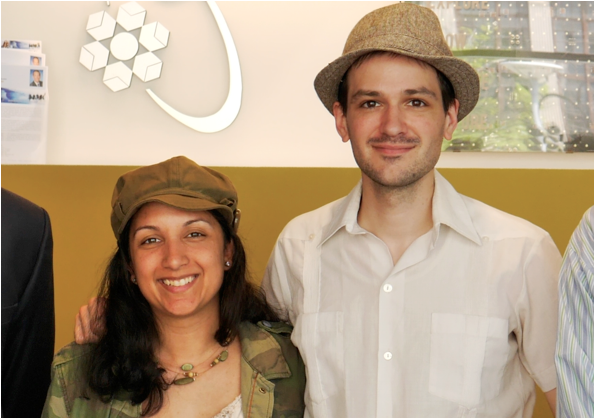 In a dream, I met someone who was teaching a martial art (which I understood to symbolize business development.) He wasn’t very experienced, but had a lot of knowledge about it and would be able to teach us a lot.

Around the same time, my wife had a dream about someone that would help us, and it would be mutually beneficial. It was shortly after this that we found and joined a business plan competition that we became a part of, where both of our dreams became a reality.

The program mentors were both young, and without extensive business experience, but with a lot of knowledge about all the different aspects of business, and we received office space, a small amount of funding, and mentorship in exchange for equity.