Training Myself to Remember Significant Dreams

When I was growing up all I remembered were nightmares. Terrible, recurring nightmares, where I would be locked in a room or stuck underground unable to get out, and where I would hear voices that I thought would drive me crazy if I had to listen to them too long. I even taught myself how to wake up out of nightmares by throwing my body sideways they were so frequent.

For some reason it was always obvious that I was asleep in the nightmares, unlike regular dreams I have now, where the strangest things can happen and I don’t even question that I’m dreaming.

Apart from nightmares there was only one other dream I could remember the whole time from when I was quite young to when I was 18 or so. So it was a bit of a surprise when I first came across Belsebuub’s work on dreams and particularly the mantra RAOM GAOM that I began to remember dreams at all. Also, over time from taking Belsebuub’s courses I was able to stop having nightmares. This has been a big thing for me as I used to be pretty afraid of everything including the dark, and a large part of that could have stemmed from my paralyzing nightmares.

I had some really interesting experiences with RAOM GAOM. After I woke up I would lie there, often with total blackness in place of dream memories. At other times I would have a feeling like I had dreamt but I couldn’t bring back the memory, like the feeling you get when you’re trying to remember a word, and it’s right on the tip of your tongue, but you just can’t bring it back.

Sometimes the mantra could be challenging as often I’d fall back asleep while trying to focus on it. If I did though I’d often wake up shortly after, and it seemed in those circumstances it was easier to remember my dreams and they tended to be more symbolic.

The coolest experiences though were when I would use the mantra and all of a sudden a moment from the dream would pop into my head as if out of nowhere. It felt kind of like a curtain was drawn back, or a door was unlocked in my mind and thrown open and the dream memory was accessible where I couldn’t reach to it at all prior.

I practised the RAOM GAOM mantra I had learnt from Belsebuub dream course as frequently as I remembered to in the mornings. Sometimes when I did dream memories would pop back into my mind of their own accord sometime later during the day.

Interestingly I found if I moved I would lose my grasp on the dreams, even if the mantra had helped bring them back. It would feel like they were slipping out of my fingers, and then I would be back in the position of knowing that I had dreamt and often even feeling the “flavor” of what the dream was about and the people, situations or symbols I had seen in them, but just not being able to bring it to the top of my mind.

To avoid this it helped to create anchors on certain obvious words related to what I had seen in the dreams. If I had to move to go to the bathroom or to get a drink et cetera I could still then remember something about them. With the anchors I could sit down again at a later point in time, focus on the anchor and the feeling or flavor of the dream – like a sense of what had been happening in it.

If I kept focusing, and kept using the RAOM GAOM mantra I could sometimes keep digging deeper and deeper into my mind, searching backwards into dreams. Then I could often bring back more and more details. Sometimes I would even bring back an astral experience that had ended with me falling into a dream which I would have totally forgotten without using the RAOM GAOM mantra. 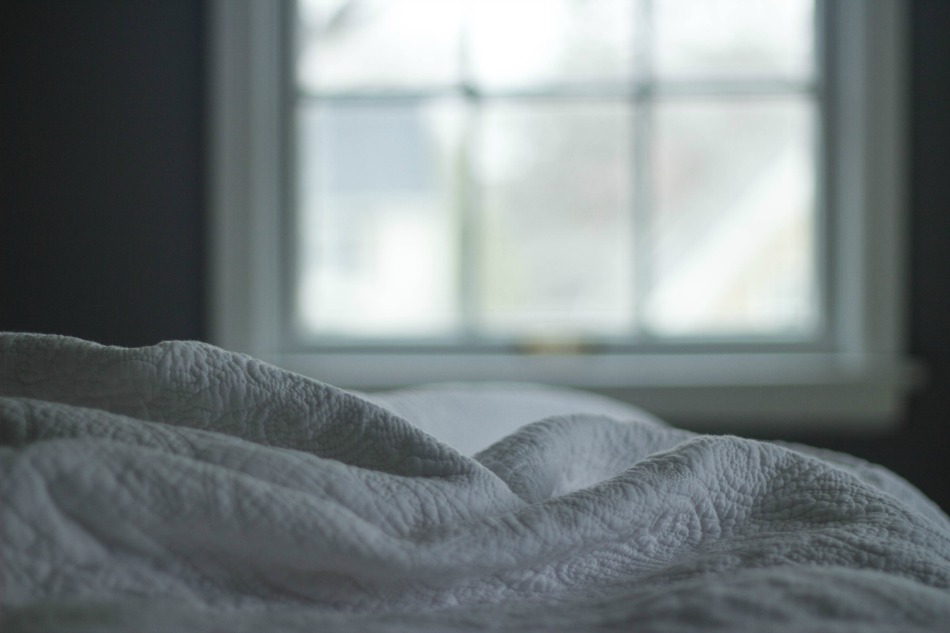 The Discovery of Meaningful Dreams

This was a pretty fun thing to learn how to do for someone who thought they didn’t dream. It seemed that as I tried to remember them more my dreams also started to have greater and greater importance in helping me live well. At first they were crazy and chaotic and I had trouble understanding anything about them, because the situations I found myself in changed so quickly and seemed to be so scattered and unrelated to my life.

Later I did Belsebuub’s Searching Within course, and as I started to learn about my emotions I found I started to see things about emotions and internal states in my dreams too. Sometimes it was stuff I had seen during the day come up, but in the dream it was more exaggerated, like I was being shown what that emotion could lead to if I kept indulging it.

Alternatively I would see the way my emotions and actions could affect people if I let myself act in certain ways. I would wake up after some dreams like this with a deep feeling of not wanting to live in the way I had seen myself behaving in my dream.

I would also sometimes see things about myself that I woke up feeling quite disgusted by. Then often the next day or shortly after I would see myself act in ways that related to what I had seen in the dream, even subtly. It seemed again that these dreams showed me what I could end up like if I wasn’t careful and I let my stronger emotions carry me down the wrong track.

Sometimes if I’d try and change an aspect of myself that I had seen in my dreams during the following day or days, the dreams would change at night, and then I would be shown a different aspect of the emotion that I was looking into, which would then also come up somehow in my day so I could see how it was affecting me. Getting into this flow was really exciting, I looked forward to going to sleep as I felt like I was going on an adventure, never quite sure what I would find or see next!

If I needed an answer or guidance on something like a problem in my life if I asked sincerely for guidance inwardly before going to sleep the answer would eventually come (sometimes I would need to ask over a series of nights before getting an answer). Often dreams where I would receive guidance would have a very different feel to the regular type of dreams. I would either wake up immediately after them, or they would have a clarity to them which was more like a clear lucid dream that I just wasn’t aware that I was in.

I felt that there was a freedom knowing we’re not alone like this and that we don’t have to come up with all the answers ourselves, that whoever it is that puts symbols and answers in our dreams is watching out for us. I relied heavily on guidance from my dreams to make decisions in my life, especially in tricky situations in life or relationships where a decision either way could have both positive and negative ramifications and in my daily life I couldn’t see a clear indication of which choice was the right one to make. 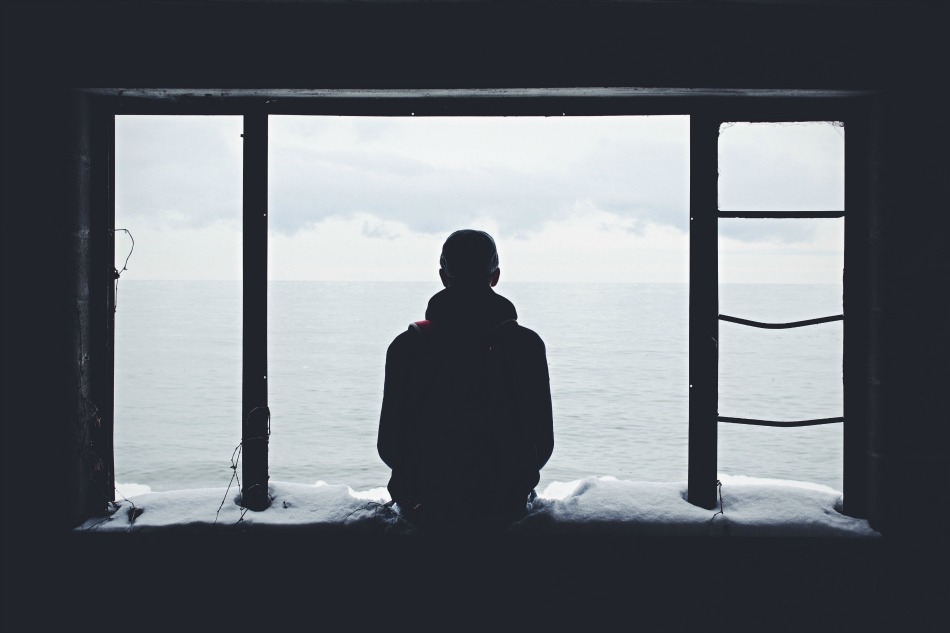 The most interesting dream guidance has been the type which has come unexpectedly. On a number of occasions I have been guided in regards to relationships. Often these dreams are quite clear, clearer than others and have a different feel about them. Like there is a force behind them that helps them to be remembered and helps me to act on them, even if that’s hard to do. This makes sense as relationships with friends and family are some of the most important aspects of life it seems.

As an example, in one dream I saw myself with a person who I regularly spoke to. They were acting in a certain way and I responded in an unusual fashion that diffused a situation that could have otherwise led to some negativity. It was unusual because usually I would have just let the person talk out of fear of causing a conflict, even though I didn’t agree with what they were saying. The next time I saw this person and the same situation played out. I interrupted as I had in the dream and the situation diffused. I felt a bit giddy and wanted to laugh – it was amazing to see the same situation in my dream come true physically, and to know how to act in advance to improve the situation!

In another dream where I was guided in a similar way I knew a person, but not very well. I had not seen them for a long time, and had not expected to see them either as they lived far away. One night I had a dream where I saw them and had a strong emotion come up that made me not want to talk to them. Despite this feeling, in the dream I had a strong feeling I needed to talk to them anyway. I woke up feeling like the dream was important but I was pretty confused. I haven’t seen this person in ages. What did it mean?

In the next couple of days with the dream still strong in my mind I was going to a barbeque at a friend’s house. As I walked in to the backyard I wondered if the person I had dreamt about would be there, although I wouldn’t have expected them to be. Sure enough as soon as I went into the backyard the person was there, the same emotion from the dream came up making me not want to talk to them, but I knew I had to push through and talk to them anyway.

And I’m glad I did as after that we became good friends and the person helped me to get through some difficult situations in my life. Without having learned how to remember my dreams from Belsebuub, and without the guidance from that dream that told me I needed to speak to that person no matter what my life might have turned out quite differently.

Looking back it really shows me just how important dreams are to remember, as the decisions that can be made as a result of the guidance in them can greatly affect the course of our lives.