Some years ago, while living on my own and working as a freelance translator, I would often work for more than 10 hours a day behind a computer, sometimes going to sleep quite late to deliver my work on time.

Eventually, this lifestyle seemed to negatively impact my immunity, and I developed something I thought at first was just a strong flu. My body was aching, I was tired and my tonsils would go on and off being swollen.

After lying in bed for about a week, the signs got a bit weaker and since I could not afford to lie down any longer, I decided to start working again, hoping the symptoms would gradually vanish. However, that was not going to be the case.

The pain gradually returned and my tonsils became swollen and painful again. In addition to that, I started sweating heavily during the nights, often having to change clothes more than once a night.

After this continued with varying intensity for several months, I started being concerned and began seeing different doctors to determine the cause. I thought I might have tonsillitis, and maybe my tonsils needed to be removed, so I went to a specialist. Fortunately, he recognized that it was just a reaction of my body to something else, and he didn’t advocate for the tonsils removal.

So I kept searching online on my own, visited more doctors’ offices, talked to people… But no cause had been found and different diagnoses gradually got excluded, including thyroid disease.

My state kept getting worse and the simple daily chores like shopping, working on my translations or bringing order to my apartment were becoming increasingly tiring for me. I would often lie down in the middle of the day, to rest at least for 20 minutes or so, feeling my body twitching out of tiredness.

I had been keeping my dream journal since learning about the importance of dreams from Belsebuub’s courses and as I was now waking up several times during the night to change my clothes, I always remembered many dreams.

In one of them, I found myself in the house where I grew up. I went to the basement there, and found that it was completely flooded. The water was already reaching almost to the ground floor and there was a feeling of decay and rotting.

I got concerned in the dream, wondering how could even the house electricity still work with all that going on… I woke up scared as I got an intuitive feeling that the “house” in my dream was my physical body, and that something was very wrong with it.

Getting Help in the Physical World and in Dreams

I started researching more on what could be possibly causing my condition and also resumed to pray intensively every day for help and guidance to be healed.

I also kept talking to different people and one of them told me she used to suffer from something similar in the past and that in her case it was something called “a post-viral fatigue syndrome”. She also told me she was advised to use an herb called cat’s claw to treat it.

Sometime after this talk, I had another dream. In that dream, I saw somebody whom I knew showing me how to prepare the cat’s claw decoction. After waking up from this dream, I decided to get that herb, but thought I would most likely have to order it online.

Later on that day I went to shop for some presents for my family and suddenly felt an intuitive pull towards a new shop that had just recently opened in the area.

I did not originally plan to go there, and was even a bit surprised why I suddenly decided to visit it, but reasoned for myself that maybe I would find something interesting there.

How big was my surprise when I discovered the shop was actually selling a wide array of natural herbs and teas, and among them – the cat’s claw! I bought as much of it as I thought would last me for a while…

At this point my state got so bad that I had to stop working altogether and decided to move to my mom’s house for a while in order to just rest and focus on healing. My mom would make the cat’s claw tea for me every morning, and I would drink it every day 3 times, together with a cat’s claw extract I bought online. I would sleep most of the time, drinking the tea and eating mostly fruit and vegetables.

I also continued praying for healing and would then often find myself in the doctors’ offices/medical centres in my dreams. Sometimes I would be in the waiting room with other patients, sometimes meeting with the doctors. I was happy to have these dreams, as I knew from Belsebuub’s work that seeing doctors in dreams in the case of an illness meant help from the spiritual beings of medicine.

I also had another dream about my house, but this time, there was only a little bit of water on the floor left, which I was cleaning with a cloth. It felt just like a regular cleaning after spilling something, and there wasn’t that feeling of danger anymore.

After about 3 weeks of mostly resting in bed and drinking the cat’s claw tea I finally started feeling better. Most of the symptoms disappeared, even though I still felt very weak. It took me about 2 more months to heal completely and regain my normal state of energy. 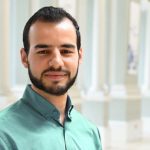